Our festival features a competition component as well as a 25 minute clinic for each performing group. 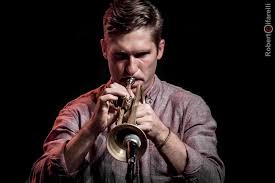 Brooklyn-based trumpeter/percussionist Shane Endsley is an avant-garde, jazz, and post-rock-leaning musician who finds work across a broad spectrum of musical styles from folk to free improvisation. Born in Denver, Endsley studied trumpet, percussion, and composition at the Eastman School of Music. After graduating, he found work performing with several name artists, including singer/songwriter Ani DiFranco and saxophonist Ravi Coltrane. Endsley is a founding member of the post-rock/jazz outfit Kneebody — all of whose members met while attending Eastman — and has appeared on several albums with the ensemble, including the group’s 2005 studio debut on trumpeter Dave Douglas’ Greenleaf label. A regular performer with such downtown N.Y.C. artists as trumpeter Ralph Alessi — with whom he often plays drums — and saxophonist Tim Berne, Endsley released his debut solo album, 2nd Guess, in 2002 on WenEnd Music. In 2007, Down Beat magazine picked Endsley as one of the Top 25 trumpeters of his generation. In 2011, he returned with Then the Other on Low Electrical Records.

JazzFest 52 will be held on Saturday, February 29, 2020 in Baldwin Hall on the Campus of Truman State University. 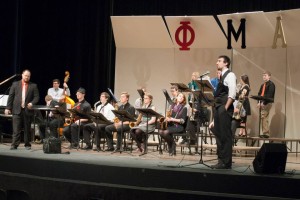 Since the chapter was founded in 1968, Upsilon Phi has hosted an annual event celebrating jazz at Truman State University. Having been been ranked one of the top collegiate jazz festivals by Down Beat magazine, the Phi Mu Alpha Jazz Festival has become one of the larger events of its kind, attracting high school and middle school bands throughout the Midwest.

Traditionally held the last weekend in February, “JazzFest” brings in nationally renowned artists every year. It includes a day of performances by high school and middle school jazz combos and big bands with a personalized clinic for each group. Our guest artist also presents a clinic and performs with Truman jazz groups on an evening concert. 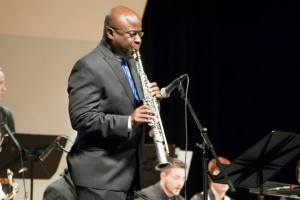 The list of past guest artists reads like a who’s who of jazz luminaries. Clark Terry, Nick Brignola, John Fedchock, Danilo Pérez, John Faddis, Peter Erskine, Ethan Iverson, and Slide Hampton are just some of the great musicians who have graced JazzFest with their talent and generosity. For a complete listing of past guest artists, click here.

The men of Upsilon Phi take great pride in all the hard work required successfully put on such a large-scale festival every year. Not only does JazzFest support a rich American art form, it also helps educate aspiring young musicians.